Day tour to Nis, Serbia Out of stock

During this day tour, you will travel through history with the professional leadership of your guide. Our journey through time will start from the Roman period when Nis gave to the world one great man – The Roman Emperor Constantine the Great. Then we will continue through the Middle Ages and the period of Ottoman rule which left constructions like the Nis Fortress and the Skull Tower – a symbol of the struggle for freedom and independence from the Ottomans. In the end, we will pay attention to the Modern history and the period of Nazi occupation of former Yugoslavia, visiting the Nazi Concentration Camp. Of course, after all the impressions that you get, it will be time for some rest. You will have the chance to taste the famous Serbian cuisine – one of the most delicious on the Balkans. Itinerary: Your guide will pick you up from your accommodation in Sofia at 08:30 am. After approximately 2 hours of drive, we will reach our first sight – Medijana archaeological park, which is a Roman Imperial residence, nowadays closed due to renovation. Our next stop will be the Skull Tower, known also as Cale kula. The tower is now a museum dedicated to the Bulgarians and the Serbs who took part in the revolt against the Ottoman Empire. It was built from the Turks and constructed with the skulls of the killed rebellions. The idea of this act was to warn others what will happen if they revolt again. Another dark monument in our schedule will be the Nazi Concentration Camp – built in 1941 and it is famous for the successful escape of the prisoners in early 1942. The camp is perfectly preserved and was never damaged. After that, we will continue to the old town where we will visit the Nis Fortress. There we will see ruins from the ancient Nisus and later Ottoman period. We will have a walk and after that enjoy the traditional local food. 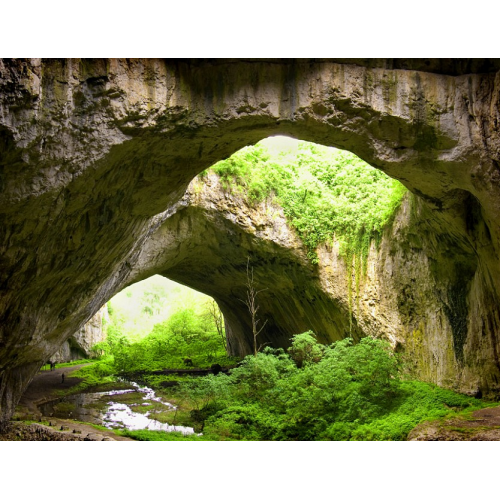 Explore with a professional guide for intimate insight into the rural region’s landscape, history, and culture. The city of Lovech is located in northern Bulgaria, approximately 150 km from Sofia. It was continuously inhabited since Thracian times. One of the main sites of Lovech is The Hisarya Fortress, built during the First Bulgarian Empire (681-1018 CE). The city kept its importance during the time of the Second Bulgarian Empire as well. Lovech continued to develop in the period of Ottoman rule and become the most significant commercial center in the country. Highlights from this period are Varosha Quarter- reserve located in the old part of the town. It includes more than 160 restored houses which help create an authentic atmosphere carrying visitors back to those 19th century days. 18 km northeast of Lovech is located Devetashka Cave – a picturesque karst cave. According to archeological research, it sheltered people since the late Paleolithic era. The cave is a protected landmark of national and international significance and has been declared a monument of culture. Krushuna Waterfalls (approx. 16 km from Devetashka cave) is one of the biggest cascades in the country, dropping at a height of 20m. A narrow eco-path will take you up steps, along several bridges, passing small natural water pools amongst the mossy, limestone rocks. 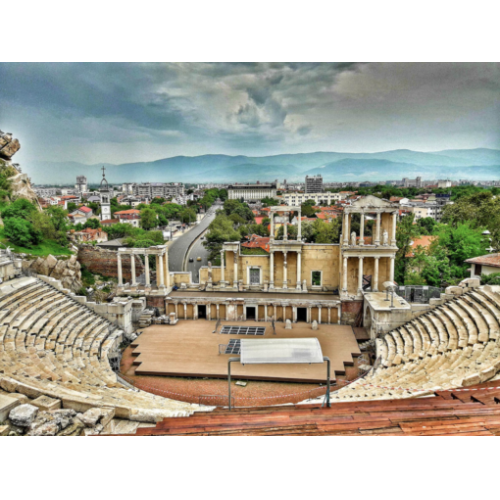 Visit Plovdiv, Asen's fortress and Bachkovo manastery in 1 day. Plovdiv: Explore one of the oldest cities in Europe: the tour starts with pick up from your hotel/accommodation in Sofia. After approximately an hour and a half drive, we will reach Plovdiv. Plovdiv is said to be the oldest continuously inhabited city in Europe. The city has cultural and economic significance both in the past and in the present due to its strategic location. Pieces of evidence of its millennial history can be found all over the place – from the Roman Theatre to the Ottoman mosques. This is the reason why Plovdiv is one of the most charming sights in Bulgaria- wherever you look you will find history, a legend from a different period, traces of glorious past and at the same time, it’s a pleasure to see how vivid is it still and how it continues to develop and writes its new history. There we will visit the highlights – the Roman Theatre, the Roman Stadium, and have a walk in the Old Town with typical for the Revival Period house museums and narrow cobblestone streets. Afterward, we will have lunch. Asen’s fortress: Medieval Bulgarian fort When we are done with our traditional Bulgarian lunch, we will head towards the final destination of the tour – Asenova Fortress (approx. 25 min drive from Plovdiv). Asen’s Fortress is situated on the top of a cliff in Rodopi Mountain, at approx. 20 km distance from Plovdiv. It is a Medieval fortress with a rich history and breathtaking view. Bachkovo monastery: After feasting our eyes on the beauties of nature, we will drive to the Bachkovo monastery. This is the second biggest monastery in Bulgaria and one of the oldest. It was established in the late XI century by a man for Georgia. The monastery later became part of the Bulgarian church. It suffered a lot from the turbulence of the time and keeps a lot of history and drama. 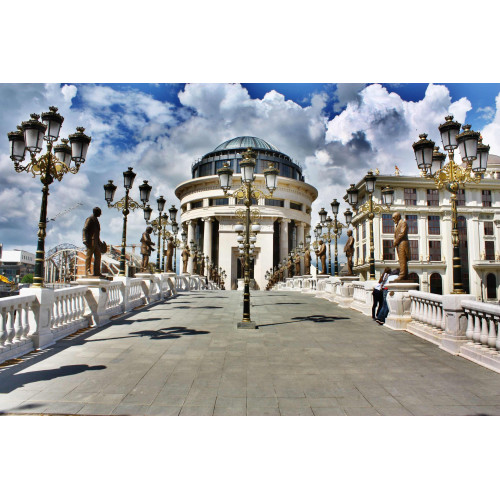 Explore Macedonian culture on a day tour to Skopje from Sofia, and tick off another Balkan capital in just 1 day. Appreciating the diversity of Balkan culture can be difficult, especially with limited time in the region. Travel the distance with ease via modern vehicle, and discover landmarks including the Skopje Fortress, Memorial House of Mother Teresa, and Old Bazaar, with insights provided by your guides. During this day tour, you will have the chance to visit one of the most bizarre cities on the Balkan Peninsula. Skopje is a mixture of authentic monuments from the Ottoman period, and new neo-classical buildings, complete with ornate columns and rooftop figures of nymphs. After the reconstruction of the new center has been done, as per the “Skopje 2014” project, the city became one of the popular destinations in Eastern Europe. What’s included? English-speaking Bulgarian guide English-speaking local Macedonian guide Pick-up and drop off Air-conditioned vehicle Guided visit of Skopje highlights (old bazaar and new town) Itinerary: Our day tour to Skopje will start with pick up from your hotel/accommodation in Sofia at 08:00 am. After approximately 3 and a half hours of drive, we will reach Skopje. During the long drive, you will learn the Bulgarian point of view regarding the history of the region. Then you will have two hours guided tour of the city made by a local Macedonian guide. You will have the chance to hear the stories about Yugoslavia and the modern way of life in the country from a native, which will make your experience much more fulfilled. In addition, you will compare the two historical interpretations and make your own conclusions. The highlights you will visit are the Old fortress, Sultan Murat Mosques, and the Old Bazaar, where we will have the chance to see Caravanserais (inns) from the Ottoman period when Skopje was one of the main trade centers on the Balkans. Historical fortress located at the highest point in Skopje from where you will have the chance to admire the stunning view of the city. A mosque from the Ottoman-era, built during the 15th century. It is a masterpiece of the architectural achievements of the early Ottoman empire. We will cross the Vardar River by the Stone bridge, the only preserved bridge from the Middle ages and start our exploration of the new part of the city. We will visit the new neo-classical square Macedonia. There we will admire the biggest statue of Alexander the Great and his father Phillip II. You will stop and learn the history of the ancient Macedonians and the adventures of their rulers. We will continue to Mother Teresa memorial house. She is the most famous person born in Skopje. Her work and contribution to the world deserve huge respect. In the house museum, you will learn about her story and will track her life by the big photography collection. The walking part of the tour will finish at the Gate Macedonia (newly built triumphal arch).

Welcome to the myPOS Shop